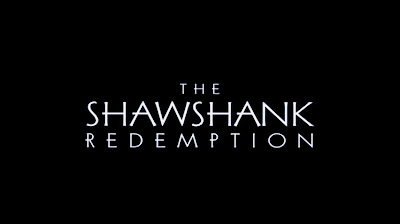 Like it or not, The Shawshank Redemption, it's a pretty big deal to be able to say that the internet thinks you're the best movie ever. IMDb users rank this film as the best movie of all time, which really says more about its overall appeal than it does about its quality. While those two things don't need to be mutually exclusive, it's rare to find a film that's as good as everyone -- everyone -- says it is.

Company: Kecia, who has happily been present for a lot of these lately.

Cuisine: I closed a show the night we watched this, and Kecia ordered us some Green Mill takeout (delicious sausage, mushroom and goat cheese pizza and boneless Diablo wings ... my favorite!). Chase those with a couple Summer Shandys and it's a fantastic, delicious evening. 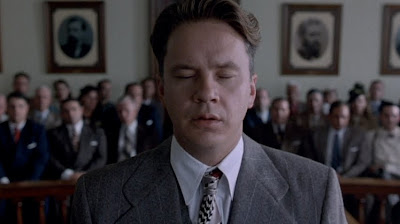 With the help of one of those old timey songs ("if I didn't care, would I feeeel this waaay?") we are transported back to 1947, when Andy Dufresne (Tim Robbins) is sentenced to two consecutive life terms in prison for the murder of his wife and her lover. Did he do it? We all like Tim Robbins so we think "probably not" ... but we'll follow him either way. 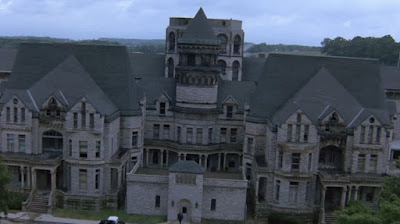 Off to Shawshank Prison, which is painted here as an oppressive, life-sucking monster of a penitentiary. Pay close attention to the way the building is framed and it becomes clear that Shawshank is as much a character as Andy Dufresne or anyone else.

In fact, the whole film seems to be a three-hander between Dufresne, his prison and Red (a magnificent Morgan Freeman), an inmate who claims his guilt and befriends Andy after initial skepticism. He's a self-proclaimed kind of Sears-and-Roebuck, "a man who knows how to get things," which proves useful to Andy and many others. He's a connection to the world outside. He's also given the arduous task of most of the 142-minute film's narration, but Shawshank's omniscient, reflective narrator succeeds where most films with this kind of narration fail, for two reasons. One: for Pete's sake, it's Morgan effing Freeman. The man could read the list of ingredients in mayonnaise and you'd still pay to see it. Two: Stephen King's prose is so lyrical without seeming flowery or even especially cinematic. We hang on his every word, and I'd venture to say a large part of the film's success falls to that combination of narrator and narrative. 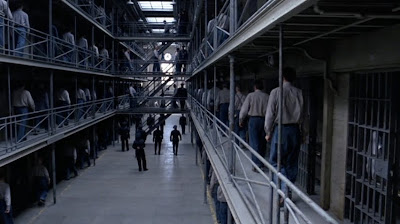 In short, prison is cruel, and especially cruel to newcomer Andy, who soon gets ahead by offering banking advice to prison staff. Before long, he's climbed the ladder of influence so high he actually keeps the book for the warden (Bob Gunton, an underappreciated character actor in an underappreciated performance). 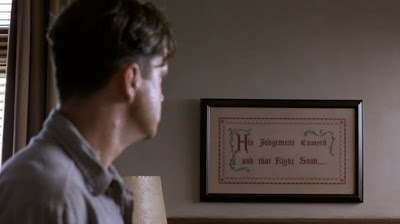 It's through this relationship with the warden, and his deepening companionship with Red, that the film's complex themes of freedom, judgment, betrayal and revenge start to unfold. The film is long but feels swift thanks to Frank Darabont's fierce direction, and contemplative and chilling thanks to Thomas Newman's dissonant and swelling score. 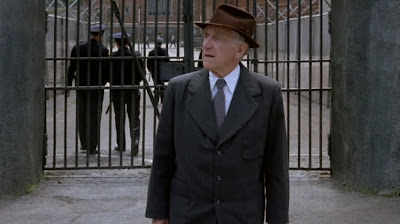 "The world went and got itself in a big damn hurry."

A sequence in a screenplay like the one about Brooks, an old gentleman whose rejection from Shawshank after fifty years leaves him listless and lonely, could have become sappy or overly harsh, but James Whitmore brings such a tenderness to the character that he completely changes the course of the film for the remaining inmates and for us. We can't look at anyone the same: is this what they have to look forward to? A lifetime in prison, and a slow, anxious and fearsome march toward death once they're booted out? This scene at the film's middle changes everything. 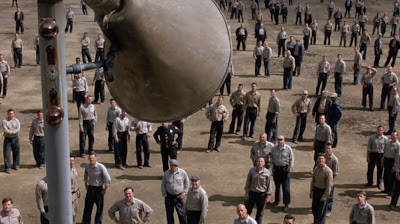 "There's something inside that they can't get to, they can't touch. Hope."

It inspires Andy Dufresne, and some time later he brings a little hope to the unremarkable lives of the prisoners of Shawshank when he plays a duet from "The Marriage of Figaro" over the loudspeakers. It's another example of deft direction that we too can't help but stop and simply listen to the song. In a way, it's another example of what I felt happened in Titanic to Jack and Rose and the other characters: we care for them so deeply, and once their romance takes a back seat to their fight for survival, by extension we care for everyone else. Here, everyone wants out, and when Brooks finally gets it, it gets the best of him. We care so much for him, for Andy and Red, that when freedom gets the best of Brooks, we know that without a change it will happen to all of them, too. 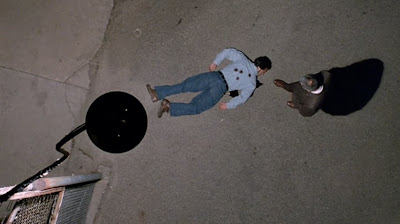 Andy's hope for redemption (ah! the title!) comes and goes swiftly, and when all hope seems lost, he still clings to what he said. Have I ever rooted for a hero more? He dreams of an escape to Mexico, but after so many years, has he lost the will to fight? 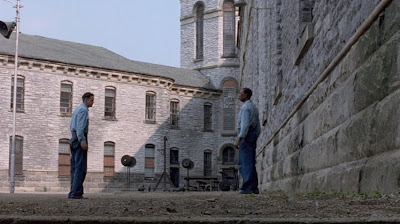 The film's ending, giving no spoilers, is a pure expression of the triumph of the human soul, and what's more universal than that? Is that why the film is so universally praised? Aside from its beautiful production value and fantastic performances, at the end of the day it's a film about hope, which really never goes out of style. And now fifteen years later, it's aged so well, never really seeming dated. Just goes to show: good actors + good production + good source material can't hardly fail.

I'm heading to New Zealand for my sister's wedding on Monday and something tells me I won't get the next film in before I leave, but you never know. It's Saving Private Ryan, one I have somehow managed to miss, and the last film before another cine-smackdown (I love those). If I don't see you beforehand, farewell, and I'll be back May 11th!
Posted by Max at 12:00 PM